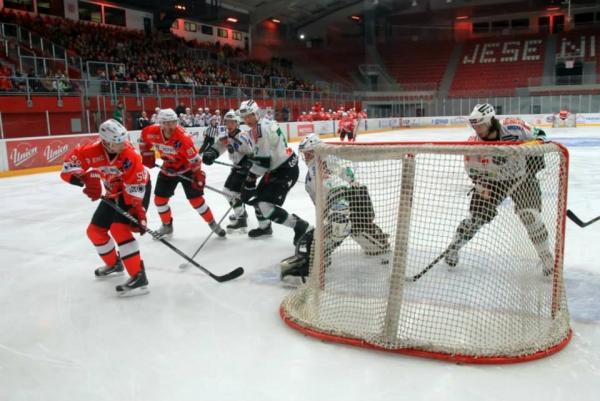 The hockey puck is a central symbol of domestic origin for the sports fans of Jesenice. The underpass connecting the railway station to the Podmežakla sports hall is swarmed by a roaring red horde, whose cheers and slogans continue to encourage the hockey players of Jesenice in the fight against the green. What Šiška is to Olimpija, Kurja Vas is to Jesenice - the district that provided the most hockey players. Because of the perpetual shade that preserved the frost on this side of the Sava, even long after the other side had already harvested their lettuce, hockey has always been taken for granted here. It is also known that practically every household in the vicinity of the legendary hall of Jesenice Hockey Club has contributed at least one hockey player.

The construction of the first wooden hall began on the spot that had previously been covered by an open-air artificial iced surface; one of only a few in former Yugoslavia. First, the surface was encircled by bleachers, then, in 1954, additional wooden construction started taking shape. The work was stopped however, and the skating rink was left roofless. The hall was finally covered in 1978 after several repair jobs; but today's final image was not contributed by the international hockey tournament, but rather EuroBasket 2013, the first part of which was hosted in Jesenice. This season we'll be sure to return to Jesenice by mid-April to witness one of the matches of the Alpine Hockey League.

Je-se-ni-ce! … Sports fans from the central part of Slovenia have their own way of finishing the chant, but in the first part of the hymn of the Jesenice cheer group Red Stillers, the cheer represents the immense pride of belonging and living in their home city. The white-hot metal of the “red ironworkers” symbolises the strength and resilience of the foundry town.

Winter adventures in the Karavanke 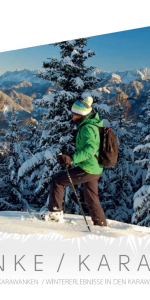