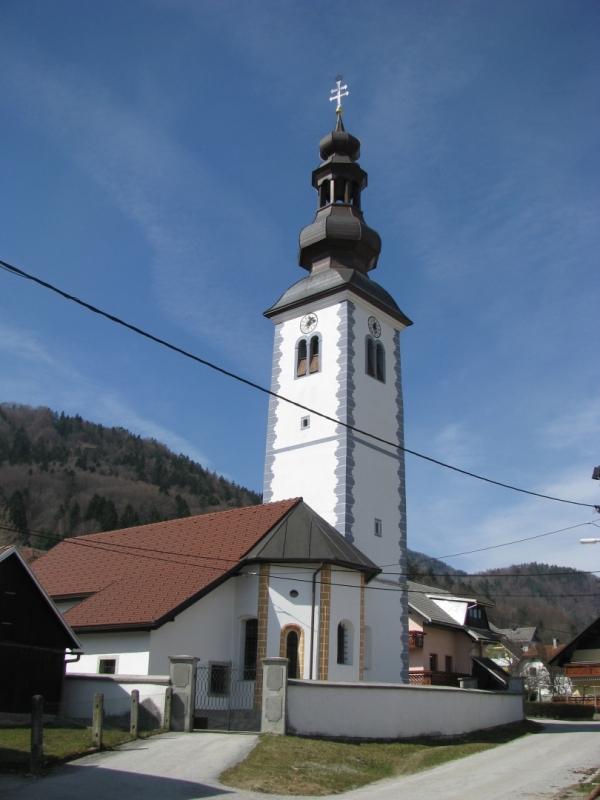 The family of France Prešeren left traces in the village and on the church... They still live here.


It is the oldest building in the village. The Church was originally built in Gothic style but was rebuilt in 1743 in Baroque style. Side altars date from the 18th century. A wall around the church encloses an old, abandoned graveyard. Only some graves still marked, including the grave of two France Prešeren's sisters (Katra and Jera), built into the church facade.
cerkev