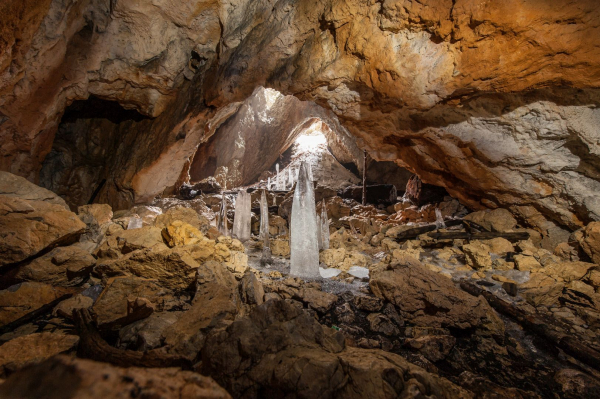 Mežakla is mainly composed of limestone and dolomite, and in some places marlstone and sandstone. Such a composition of rocks led to the creation of a typical Karst relief with numerous smaller and larger sinkholes. The cave lies at an altitude of 1,109 m and is 70 m long and 20 m deep. There are two entrances, the western diagonal entrance and the eastern vertical entrance. They are separated by a natural bridge. In the cave, which features a Karst sinkhole, low passages and a hall, there are numerous limestone formations, and water can be found in its gable.

Over the winter, a lot of snow accumulates in the sinkhole. Due to its shaded position and cooler air, snow and ice are preserved for a long period of time. According to locals, the cave was once used to collect ice for obtaining water for shepherds and forest workers. During the second world war partisans used it for storing food.