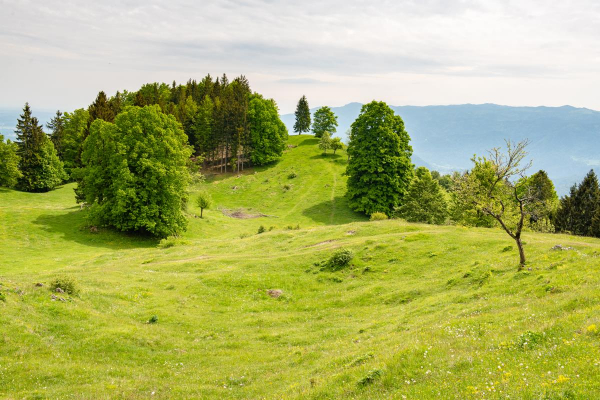 The Planina Obranca lies in the south-east part of Mežakla at 1,035 m above sea level. 10 to 15 heads of cattle still graze there. In addition to Obranca, there are a few other mountain pastures at Mežakla, which are mostly privately owned by farmers from Gorje area. On the Karst surface of Mežakla there are almost no surface waterways, which is why cattle are fed with rainwater.

During the second world war and the German occupation, Mežakla was home to many partisans and activists, but was also an important transient area for military units and couriers. Soon after the occupation of Jesenice the first groups of Jesenice partisans gathered at Obranca, where they made plans for various acts of sabotage against the occupiers in the valley.